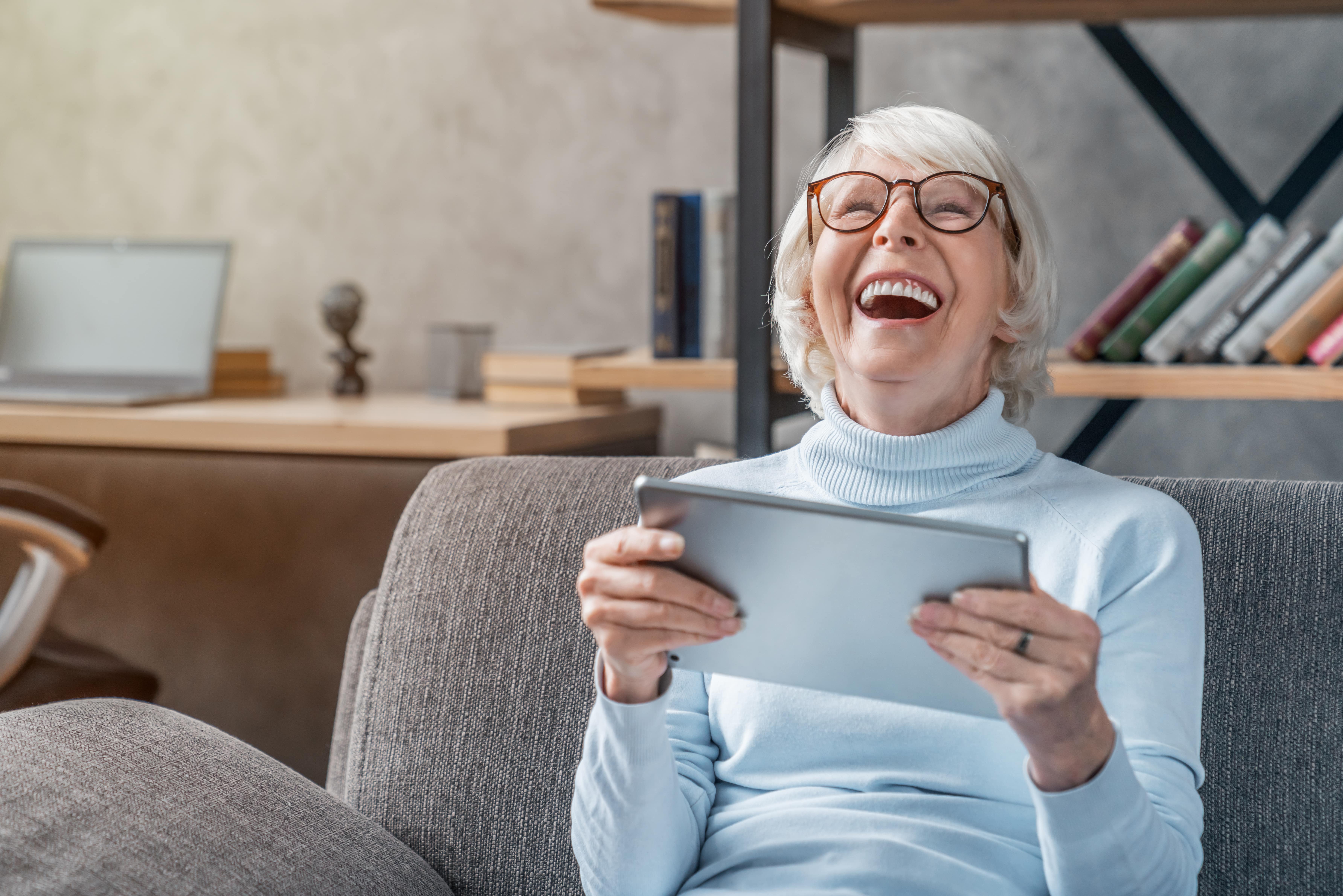 For many older adults, relationships with younger people are important. However, the age gap can sometimes make clear communication harder. While seniors should certainly expect that their younger relatives learn how to communicate respectfully and effectively, this education goes both ways.

After all, when younger people know that their older friends and loved ones are making an effort or at least won't laugh at them for how they talk, it may get them to open up and be willing to confide in someone with more life experience than they have. Whether you live with younger relatives or enjoy calls and video chats with them from the comfort of your assisted living apartment, consider catching up with some slang terms they might be using.

Example: "My friends and I went to a party last night and it was super lit!"

This one has been around for a while, so chances are you may have already heard it. LOL means "laugh out loud." While it's one that people commonly text, younger people have started saying it in conversation as well.

Example: "LOL, she came to work still dressed in her costume from last night."

A plug is no longer just a word to describe an electronic connector in your home. It is also a term used to promote yourself, your brand or something you offer better than anyone else.

Example: "Your hair looks amazing. Who is your hair plug?"

This one ultimately comes from an Eminem song and means a celebrity with whom you are obsessed. To "stan" someone means that you adore them above all others.

Example: "I stan Barbara Streisand. No one has ever done it better than her."

Fleek means stylish or fashionable and is generally predicated by the word "on" to describe someone that fits the bill for such a descriptor.

To be "woke" in the modern world means something similar to its actual interpretation, which is to wake up from sleep. In this instance, however, it means to be politically and socially "awake," as in being more aware of the world around you.

Example: "Greta Thunberg is super woke when it comes to environmentalism."

The word "cancelled" has taken on political implications in recent years, so there is a lot of controversy surrounding the use of this word. To be "cancelled," means that support for someone or something has been ceased.

Example: "XYZ Celebrity is cancelled because she made some very disparaging comments about a group of people."

In this context, to be "salty" with someone means that you are mad or upset, akin to "throwing salt in a wound."

Example: "I am so salty with John because he said he would help on this project and never showed up."

GOAT stands for "greatest of all time." It is commonly used to describe people whose skills and talents far exceed that of anyone else in their sport or area of expertise.

Example: "When it comes to tennis, Serena Williams is the GOAT."

To keep it 100 means to tell the truth or be real with someone. It's a way to let them know that whether they like what you are about to say or not, you are speaking truth from the heart.

The meaning of "goals" is just like the traditional definition of setting a certain benchmark for something in your life. However, used as a slang term, the word itself is the entire sentence. Sometimes, it may be attached to a preceding term, such as "Relationship goals" or "Life goals."

Example: "They've been together for 50 years. Goals."

FOMO is another acronym that people sometimes use as a slang term in conversation. It stands for "fear of missing out" and describes someone who never wants to miss anything or be at home because they are constantly wondering what is going on around them.

Example: "I had major FOMO when I saw Jennifer's pictures from the festival."

When someone is pressed, this means they are angry and likely stewing about it. It can also mean someone who is extremely stressed about something.

Example: "I thought you were upset, but I didn't know you would be this pressed about it."

In slang terms, when something is "tight," this means that it is cool.

To "ship" two people means to visualize them together in an ideally-matched romantic relationship.

Example: "I ship Bill and Karen, they are so cute together.

Learning some of the more common slang words can help you communicate better with the young people in your life. They will likely appreciate the effort that you've put into understanding how they talk and your willingness to embrace a few new words and phrases here and there.

Posted on
Thursday, July 1, 2021
by
Bethesda Senior Living
« Go Back